NO PURCHASE NECESSARY; THIS PROMOTION IS ONLY AVAILABLE TO THOSE PERSONS OWNING AN OFFICIAL AMC’S THE WALKING DEAD WALKER ACCESS PASS NFT IN THEIR CONNECTED NFT WALLET AS OF [Wednesday, November 9th]

1. Eligibility Orange Comet’s AMC’s The Walking Dead Finale giveaway contest (hereon referred to as the “Promotion”) is open only to individuals who (i) are at least 21 years of age or older at time of entering the Promotion; (ii) are NOT in one or more of the “Prohibited Persons” categories; and (iii) are legal residents of the United States or another country that is NOT listed as a “Prohibited Jurisdiction,” as each such term is defined in the Sponsor’s official contest rules (which can be viewed HERE). Any entry submitted by any ineligible person(s) will be void. The Promotion is subject to all applicable federal, state, and local laws and regulations and void where prohibited. Participation constitutes entrant’s full and unconditional agreement to the terms described herein and Sponsor’s official contest rules (together the “Official Rules”), and Sponsor’s and Administrator’s decisions, which are final and binding in all matters related to the Promotion. Winning a prize is contingent upon fulfilling all requirements set forth in the Official Rules.

3. How to Enter Participant must enter their details, as described on Promotion’s webpage. Upon submission of all required information, participant will automatically register one (1) entry into the Promotion for each Official AMC’s The Walking Dead Walker Access Pass NFT held in the corresponding connected NFT wallet as of the date the entry is received. By way of example, an individual holding three (3) Official AMC’s The Walking Dead Walker Access Pass NFTs in the wallet connected in association with the submission will receive three (3) entries into the Promotion. Only one (1) NFT wallet may be connected per participant. All potential winners are subject to verification before any prize is awarded. Administrator is responsible for the functionality of the Promotion and any eligibility decisions are made at the sole discretion of the Administrator.

Limit Each participant is eligible to make up to one (1) Promotion submission. Multiple entrants are not permitted to share the same email address or NFT wallet. Any attempt by any entrant to obtain more than the stated number of entries by using multiple/different email addresses, identities, registrations and logins, or any other methods will void the entries and that entrant may be disqualified. Use of any automated system to participate is prohibited and will result in disqualification. Sponsor is not responsible for lost, late, incomplete, invalid, unintelligible or misdirected registrations, and any such entries will be disqualified. In the event of a dispute as to any registration or play, the authorized account holder of the email address used to register will be deemed to be the registrant or player. The “authorized account holder” is the natural person assigned to an email address by an Internet access provider, online service provider or other organization responsible for assigning email addresses for the domain associated with the submitted address. Potential winners may be required to show proof of being the authorized account holder.

5. Winners Any potential winner is subject to verification by Administrator, whose decisions are final and binding in all matters related to the Promotion. An entrant is not a winner of any prize, even if the sweepstakes contest should so indicate, unless and until entrant’s eligibility has been verified and entrant has been notified that verification is complete. Administrator will not accept screenshots or other evidence of winning in lieu of its validation process. Any play that occurs after the system has failed, for any reason, is deemed a defective play and is void and will not be honored. Any entries that are received after the Entry Period shall be deemed void and will not be honored.

6. Verification Potential Prize winner must continue to comply with all the terms and conditions of the Official Rules and any winning through the Promotion is contingent upon fulfilling all requirements. Any potential winner will be notified by email. If a potential winner cannot be contacted within the required time period (if applicable), such potential winner will automatically forfeit the prize. In the event that the potential Prize winner is disqualified for any reason, Administrator will award the Prize to an alternate winner by random drawing from among all remaining eligible entries. All alternate potential winners are subject to all requirements set forth in the Official Rules.

7. Prize One prize consisting of airfare for a maximum of (i) two (2) roundtrip tickets to Los Angeles, California on a domestic/international airline, as applicable; (ii) hotel accommodations consisting of one (1) double-occupancy room for a two (2) night stay; and (iii) two (2) tickets to attend the official AMC’s The Walking Dead season finale screening event, two (2) tickets to attend the live taping of The Talking Dead with Chris Hardwick, and two (2) tickets to attend the Official AMC TWD Season Finale Afterparty event, all of which are scheduled to take place on Nov 20, 2022 in the Los Angeles, California area (collectively the “Prize”). Airline and hotel to be selected by Administrator at its sole and absolute discretion. Total Approximate Retail Value (ARV) of the Prize is estimated to be $4,500. That said, any and all travel accommodations are made and provided solely in association with the winner’s attendance at the live event and therefore are deemed to have no independent value. Odds of winning the Prize depends upon the number of eligible entries received during the Entry Period. Winner is solely responsible for their own conduct while accepting the Prize and agrees to comply with all applicable laws and regulations pertaining to use and enjoyment of the Prize. There is no cash equivalent and the Prize is non-transferable and no substitution will be made except as determined at the Sponsor’s sole discretion should any component of the Prize becomes unavailable for any reason. Winner is responsible for all taxes and fees associated with Prize receipt and/or use. The Prize is as stated and nothing else is included. All other costs and expenses in taking up the Prize, including but not limited to travel, food, drink, spending money as required, are the winners’ and guests’ own responsibility. For the avoidance of doubt, all gratuities, fees, taxes, ground transportation, hotel incidentals or any other charges are not included in Prize and are the sole responsibility of the winner. Winner may be required to provide Administrator with additional identification information and prior to receiving the Prize, will be required to sign a consent, waiver, and full release.

Airfare: Only one (1) booking for a maximum of two (2) tickets, economy class airfare on a major domestic/international airline, as selected by the Administrator at its sole discretion. Once booking is confirmed, winner will receive electronic travel documents. It is the passengers’ responsibility to check that all the information on the ticket is correct and to have all appropriate travel documents and visas (if required). Once the tickets are issued, they are non-refundable, non-transferable and no modifications are permitted. At check in, passengers must provide electronic ticket documents and proof of ID / Passport with photo and all documents required for domestic/international travel.

8. Release By receipt of the Prize, winner agrees to release and hold harmless Sponsor and Administrator and their respective parent, subsidiary, and affiliate companies, suppliers, distributors, and advertising/promotion agencies, as well as each such company’s officers, directors, employees and agents (collectively, the “Released Parties”) from and against any claim or cause of action, including, but not limited to, personal injury, death, or damage to or loss of property, arising out of participation in the Promotion or receipt, use, or misuse of any prize.

9. Publicity Except where prohibited, participation in the Promotion constitutes the winner’s consent to Sponsor’s and its agents’ use of winner’s name, likeness, photograph, voice, opinions and/or hometown and state for promotional purposes in any media, worldwide, without further payment or consideration.

10. General Conditions Sponsor reserves the right to cancel, suspend and/or modify the Promotion, or any part of it if any fraud, technical failures or any other factor beyond Sponsor’s reasonable control impairs the integrity or proper functioning of the Promotion. Sponsor’s failure to enforce any term of these Official Rules shall not constitute a waiver of that provision.

11. Limitations of Liability The Released Parties are not responsible for: (1) any incorrect or inaccurate information, whether caused by entrants, printing errors or by any of the equipment or programming associated with or utilized in the Promotion; (2) technical failures of any kind including, but not limited to malfunctions, interruptions, or disconnections in phone lines or network hardware or software; (3) unauthorized human intervention in any part of the entry process or the Promotion; (4) technical or human error which may occur in the administration of the Promotion or the processing of entries; or (5) any injury or damage to persons or property which may be caused, directly or indirectly, in whole or in part, from entrant’s participation in the Promotion or receipt or use or misuse of the Prize.

12. Disputes Except where prohibited, entrant agrees that: (1) any and all disputes, causes of action arising out of or connected with this Promotion or any prize awarded shall be resolved individually, without resort to any form of class action, and exclusively by a state or federal court located in Delaware; (2) any and all to actual out-of-pocket costs incurred, including costs associated with entering this Promotion, but in no event attorneys’ fees; and (3) under no circumstances will entrant be permitted to obtain awards for, and entrant hereby waives all rights to claim, indirect, punitive, incidental and consequential damages and any other damages, other than for actual out-of-pocket expenses, and any and all rights to have damages multiplied or otherwise increased. All issues and questions concerning the construction, validity, interpretation and enforceability of these Official Rules, or the rights and obligations of the entrant and Sponsor in connection with the Promotion, shall be governed by, and construed in accordance with, the laws of the State of Delaware, without giving effect to any choice of law or conflict of law rules (whether of the State of Delaware or any other jurisdiction), which would cause the application of the laws of any jurisdiction other than the State of Delaware.

13. Entrant’s Personal Information Information collected from entrants is subject to the Sponsor’s Privacy Policy, which can be viewed HERE. 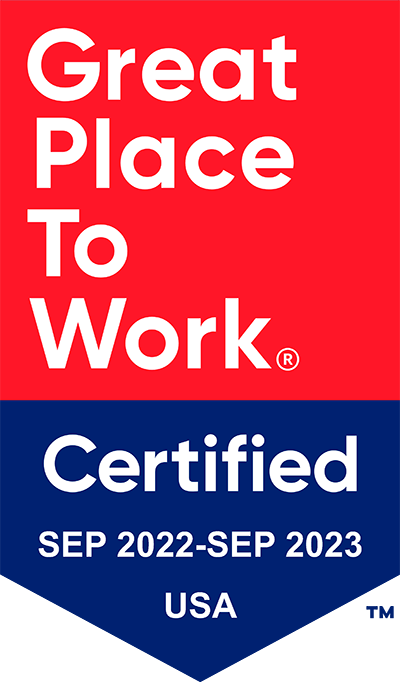